The Alchemy of Light 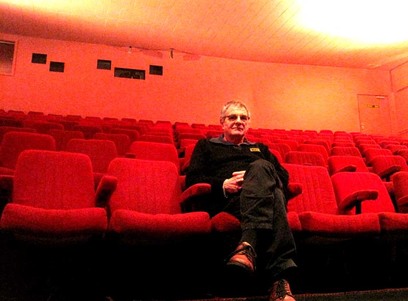 The films were always wonderful but what he loved most was the flickering beam that came from the projectionist’s room. Keith Stevens looks back on a lifetime in cinema. ​ 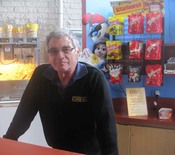 When Hopalong Cassidy rode to the rescue at Hawthorn’s Glenferrie Theatre, 10-year-old Keith Stevens stamped his feet with the rest of them. When Tarzan plucked Jane from the jaws of death, they cheered. Tom and Jerry made them howl with laughter. The Saturday matinee was a joyous, tribal ritual and he was enthralled by it. But more than anything, he was fascinated by the flickering beam of light that came out of that square hole high up in the back wall.

He went up there once to ask if he could see inside and was spellbound by what he saw. Two big black carbon arc projectors working their alchemy ─ rods of carbon creating electrical charges projected onto a mirror and through an aperture to become ... the Cisco Kid!  Mickey Mouse! The Three Stooges!

The mystery of it!

Aged 14 at Swinburne Tech, Keith intended to be an engineer but then came the offer of a job as a spool boy, two nights a week, rewinding the used spools as they came off the projectors. “After I finished work, I caught the tram down Glenferrie Road and Mum would be waiting for me at the tram stop.”

At 16, he decided he’d like to be a cameraman. “I wanted to know how those images were created.” He was fascinated by the composition of the single frame - its content, mood, message. “How was that done?” He enrolled at Swinburne Film School, one of the first in Australia, and three years later graduated as a qualified cinematographer. Back at the Glenferrie Theatre he was now first assistant projectionist. Young Keith Stevens was becoming seriously skilled.

Employed full time at Hoyts, he worked at the Regent in Collins Street, a 3650-seat cinema. “We used to fill that theatre every Friday and Saturday night,” he says with some pride.

They were the days when people got dressed up to go the pictures. “Sited in one of the rosettes at the side, the organ thundered out at interval, sometimes at the hands of master organist Tony Fenelon. I loved the grandeur of that beautiful picture palace. I’m glad to have been a part of that era. It was lovely to go to the movies in those days.”

As the projectionist, he liked hearing the audience’s response: the laughter, the collective gasps. “Sometimes I’d put my head out the door just to hear the audience react.” Keith was back there again after the Regent re-opened (it was closed between 1970 and 1996), projecting for the Melbourne Film Festival.

Keith Stevens, projectionist, left Hoyts at 25 to join the Village Organisation and become Keith Stephens, manager, a career trajectory which culminated in the position of international operations manager, with responsibility for building cinemas in Singapore, Germany and other overseas locations.

Plus his time behind the camera. Back in the `70s, during the renaissance of the Australian film industry, Village started a company called Hexagon Productions. Keith did camera work on Alvin Purple, Eliza Fraser, the original Mad Max and made various documentaries and TV ads. The footage he’s personally proudest of is a scene in Storm Boy. Work had stopped on the set but he had his camera rolling, focussing on the pelican. He followed it as it waddled up to Gulpilil and rubbed his beak against the actor’s leg. The cinematographer said: “We can use that footage!”  Keith says the image has stayed in his mind forever. “It was beautiful. It was like the pelican was saying thank you.”

Keith was saved from the discomfort of retirement when, in 2001, a friend offered him the lease at the Wonthaggi cinema. He says he fell in love with the building and began updating the equipment.

At first it was just a Friday and Saturday night commitment but, despite having to travel from Warragul, he now screens films up to five days a week. “I was only going to stay till I was 62,” he says, smiling ruefully, “but I’m still here.”  Keith intended to run the Wonthaggi Cinema for just a few years.

Keeping the cinema viable is very, very hard, he says. “This year’s been one of the worst. School holidays are the only time we have a younger audience.” He’s tried the 16-25 year olds. “They’d rather go to a multiplex: ten screens running at the same time, lots of choice, lights, noise and no personal touch.  We’re equipped with the latest digital technology (bought two years ago) but they’re not interested.”

Single-screen cinemas have become a rarity around Australia. “They can’t afford the $150,000 to convert to digital;  35mm film is now null and void,” he says. He stays because he loves showing movies. His audience is older. Loyal patrons keep coming and they mean a lot. “You get a buzz from people who come down after a film and say how much they’ve enjoyed it.” The Bass Coast Fine Film Group has grown from 30 members to 200. “That’s what keeps you going,” he happily admits.

Currently Keith is working on a documentary on World War II. He has a special interest in the experiences of prisoners of war. Two and a half years in the making so far, this latest doco is about Hellfire Pass and the Thai-Burma railway. Every chance he can get he flies to Thailand and films some more. He knows time is against him and there are few POWs left.  Apart from the narration, he is everything: writer, director, producer, and cameraman. He pays all costs himself.  “I’ll get it shown one day,” he says cheerfully.

He’s got big plans for his next retirement. They’ll buy a 4 wheel drive and a caravan and do Australia. Trouble is the money he’d saved to buy these essential items he spent on that digital projector two years ago ...  He’s started saving again.
Powered by