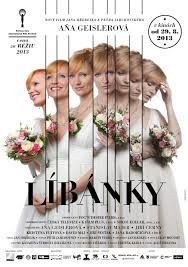 Enthralling story of the past catching up with the present, and the notion of evil being inherent or something that can be left behind in the past.  Radim and Tereza are on their way to their wedding, when Radim's 13 yo son's glasses are damaged.  Across the road from the church is an optometrist and they rush in to get the glasses fixed.  The optometrist instantly recognises Radim, who appears not to recognise him.  From this point on, the optometrist, calling himself Jan, intrudes upon the wedding party for motives known only to himself.

What unfolds is an unsettling, sometimes creepy, chain of events.  Elements of macho bullying, torture of innocents, and a feeling of expectation that something horrible is going to happen, keep you guessing and riveted to the story.  Is Radim the nice guy he appears, or has he a dirty past that has come back with a vengeance?  Will Tereza and Radim's relationship survive the final revelations of his past, and will she be able to feel the same way towards him?  What are Jan's motives and what form will his revenge take on Radim?  We expect the worst.

This is a tight, well written story, where revelations are drip fed to the audience.  The expectation of violence is never far under the surface, and the extremely disturbing end of the movie is a release for the viewer when it finally comes.  The truth is what it is.
​
3 stars
Powered by