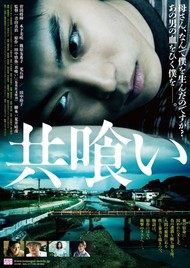 Toma is the 17yo son of a violent sex maniac, who worries that he will turn out just like his father.  His father's pleasure is to beat and strangle women during the sex act.  Toma's one-handed mother left because of the beatings and runs a fish shop, where he visits regularly and she tells Toma frankly of her life with his father and why she left.  Toma is in a burgeoning relationship with a girl who willingly participates in sex even though she doesn't enjoy it.  When Toma starts hurting her during sex, she keeps her distance. Toma's life becomes consumed with confusion and uncertainty.  Is he doomed to become as brutish as his father?  To complicate matters, he has crush on the much younger girlfriend of his father who lives with them, and he spies on them while they have sex.

I have always found director Shinji Aoyama's work challenging to varying degrees.  His work is not always accessible in a normal narrative sense, but this movie, perhaps because it is based on a very successful novel, does have a strong narrative structure.  The story is a bit nasty in that there is sex, violence, rape, borderline-incest, and murder, and even though the lead character's acting abilities were a bit uneven, taken as a whole, he does well enough to keep the viewer interested.
​
3 stars 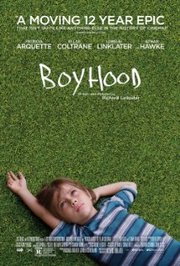 An incredible undertaking by director Linklater and his cast, this film, shot over a period of twelve years, follows the life of Mason, a youngster of around six when we first meet him and his family, mum Patricia Arquette, sister Lorelei Linklater, and estranged deadbeat dad Ethan Hawke.  For three hours, we follow the lives of Mason and his family as they go through all the normal life events, which doesn't sound terribly interesting, but I have to say, there wasn't one moment where I felt that the film had outstayed its welcome and I wished things were progressing faster or differently.

Ellar Coltrane as Mason was a complete natural on the screen, as was his sassy on-screen sister.  The vicissitudes of modern life are all here, as are the incorporation of current events, and the music kept pace with the times as well.